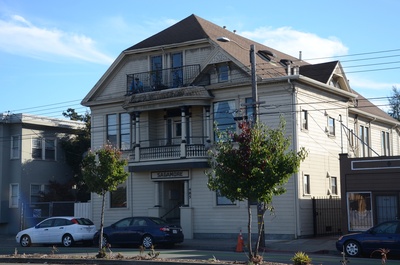 Sagamore is an interesting apartment building at 485 - 40th Street. There is conflicting information about it, and much speculation about its connections to president Teddy Roosevelt, if any.

Other bits and pieces: Edward Hebern lived there for a time. 1