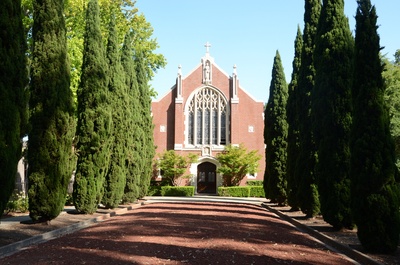 Saint Albert's Priory is a monastic community in Rockridge. It is an "initial formation community for the Western Province of the Order of Preachers." In preparation for the priesthood, the brothers study at Dominican School of Philosophy and Theology and other schools of the the Graduate Theological Union (GTU) in Berkeley.

The priory was founded in 1932. The brick eastern portion and kitchen annex were built in 1934. The chapel on the northern side was built in 1940, and contains stained glass windows designed by noted artist Willemina Ogterop. Other additions were completed by 1951. The College of Saint Albert's was contained within the grounds until 1964, when it became the first Catholic Institute in the GTU.

The administrative offices for the U.S. Western Dominican Province are just outside the main gate of St. Albert's.

In 2004-2005, there was a neighborhood uproar when it was found that there were 7 "wayward" priests living there. None had been convicted of a sex crime, but were under various restrictions and receiving counseling. 1, 2 One went AWOL to Thailand and is no longer living at the priory. 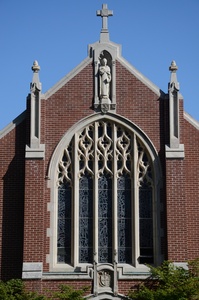