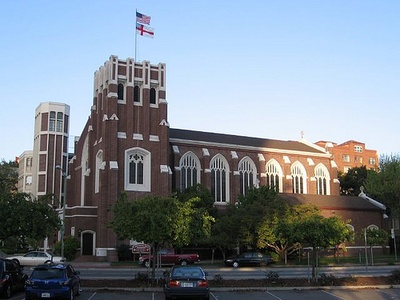 Saint Paul's Episcopal Church, located at 114 Montecito Avenue, in the Adams Point neighborhood, is situated across from Lakeside Park. The parish was organized in 1871, and in 1887 was located on the corner of Harrison Street and 14th Street, with Rev. Hobart Chetwood as the rector.

Part of the positive community involvement sponsored by the church included the formation in the 1960s of the senior retirement facility, St. Paul's Towers.

On May 24, 1994, Saint Paul's Episcopal Church was designated Oakland Landmark #116, under Zoning Case #LM 92-200. The building is built with bricks, and is on formerly marshy land at the edge of Lake Merritt. It suffered minimal damage in the Loma Prieta earthquake in 1989, but resultant new city codes necessitated significant seismic retrofit work to the church and office building, completed in 1997.