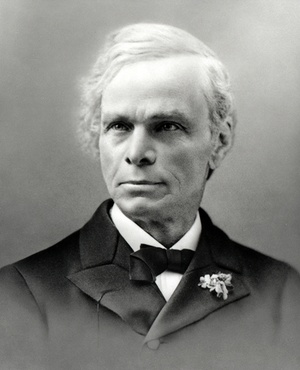 Born in Belfast, Ireland, McKee immigrated to the US after 1840, arriving in California in 1853. McKee had begun his law career in Mississippi, but really began to distinguish himself once in Oakland. In 1856, McKee became County Judge, then in 1860 rose to the office of District Judge of the Third District, trying many of early Oakland’s most well-known cases over 3 consecutive 6-year terms. By 1869, he was one of a handful of appointed regents of the University of California. In 1880 he was elected to California’s Supreme Court, where he served through 1886, including filling in as Chief Justice on at least one occasion. 1

The McKee family lived at 1033 Adeline (1115 Adeline after renumbering). The house was on a large lot, extending all the way through to Magnolia St. By 1912, the surrounding property had been subdivided, sold, and built on. 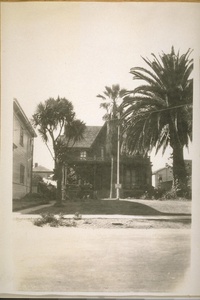 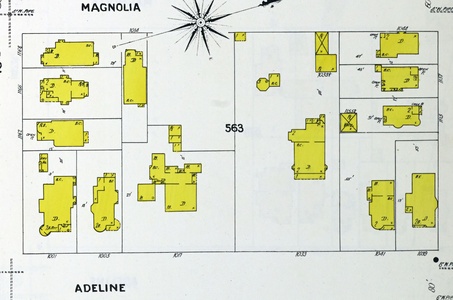 McKee caught a cold while traveling from San Diego to Mexico City, then contracted cholera. He returned home and was confined to bed, and died a few days later. 5 McKee is buried in Mountain View Cemetery along with a number of family members, including Martha, Sarah, and many of the children. 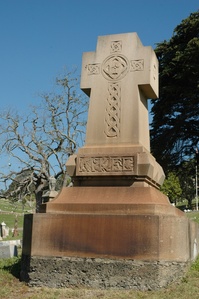 This may be off-topic (for now) but – it’s said that Miss Horton’s school’s first location (on Adeline) was either right next to, or just across from, Judge McKee’s (and the way it was mentioned, the Judge’s place was clearly understood to be a landmark). - Mike

Gulp … at the time, I was focused on my topic (Horton). However, it seems to me I might’ve read in an old Tribune “Knave” column something about SBM’s house being razed in the 1920s. However, I just checked my (offline) files and found this (emphasis is mine):

Make of that what you will … (I’d probably tend to favor the 1885 source). Anyhow, I then went online in Google Earth to scope out the house in question (1027 Adeline) and there are a lot of seriously old-looking, potential candidate houses on both sides of the street there. So my final answer (for now) would have to be: inconclusive, pending more research!

Research update 2013-08-12: I no longer recall where I read about 1027 Adeline being the Horton School location, but I found a tidbit that Judge McKee’s house was on the south (opposite) side of the street. On that side today are two well-pre-’06-earthquake houses (Italianate or Stick) so it’s possible … we may need to call in Betty Marvin!