San Pablo Avenue is a major thoroughfare that runs northwest from the center of Oakland at Frank Ogawa Plaza to the city of Crockett. Until 1998 [needs verification], San Pablo Avenue ended at the intersection of 14th Street and Broadway, but the road now ends at 16th Street, with the southern end of the right of way now part of Frank Ogawa Plaza. 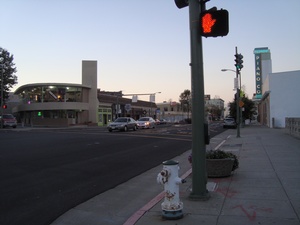 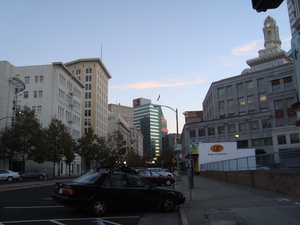 After leaving Oakland, San Pablo Avenue runs through Emeryville, Berkeley, Albany, El Cerrito, Richmond, San Pablo, Pinole, Hercules, Rodeo (with a slight discontinuity now bridged by Parker Avenue) and the former communities of Giant and Selby before ending within sight of the Carquinez Bridge in Crockett. The portion of San Pablo Avenue north of I-580 in Oakland up to I-80 in Richmond is currently designated as California Highway 123.

Prior to the construction of the Eastshore Highway, San Pablo Avenue was the main north–south route through the northern East Bay. In 1927, the entire length from University Avenue in Berkeley to the newly constructed Carquinez Bridge was designated as part of the Lincoln Highway, the nation's first transcontinental road. This section was later designated as U.S. Route 40 (the Lincoln Highway and US 40 both turned west on University and the end of the Berkeley Pier where an auto ferry transported motorists to San Francisco). After U.S. 40 was moved to the new Eastshore Highway in the 1930s until 1964, northern San Pablo Avenue was Business U.S. 40.

The route is old. According to Wikipedia, it originated in the Spanish colonial era as the Camino de la Contra Costa, and was a "Camino Real" (royal road) until Mexico gained independence from Spain in 1821. It continues, "On July 15, 1852, the Court of Sessions of Contra Costa County ordered the construction of a more direct and somewhat improved road along the same general route between the Rancho San Pablo and Oakland, which consequently became known as The San Pablo Road". 1,3 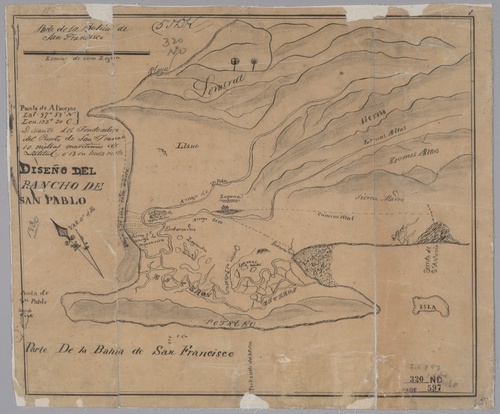 Closer to Oakland, it appears on an 1857 Alameda County map, and appears by name on an 1877 Oakland map.