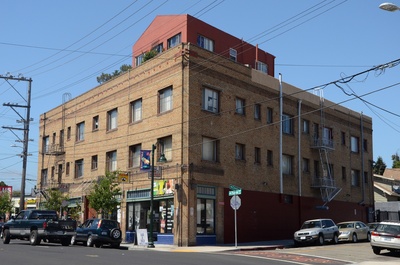 The Senator Apartments are on Foothill Blvd. at Crosby Avenue, and opened in 1925.

The building was constructed for Mr. and Mrs. Chester E. Smith, by the California Builders Company, which handled design, financing and construction. 1 When it opened, one of the ground floor retail units was rented to Mutual Creamery stores for their latest branch. 2

It appears to have a structure added on to the roof, but that is part of the original design:

"One of the novel features of this building is a large ball room erected on the roof. A latticed roof garden with benches and tables adjoins the ballroom and provides and ideal place for afternoon teas." 1 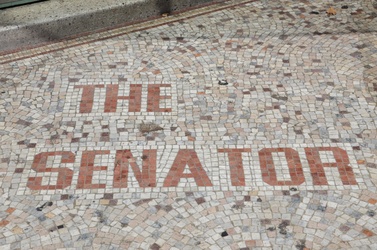 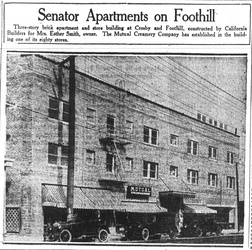