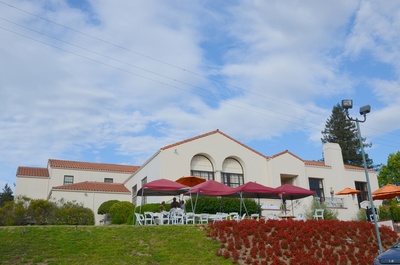 CC SA-BY Our Oakland
The Sequoyah Country Club is over 100 years old. It includes an 18 hole golf course, tennis courts, swimming pool, and clubhouse at 4550 Heafey Road. The Sequoyah neighborhood is named for the club. 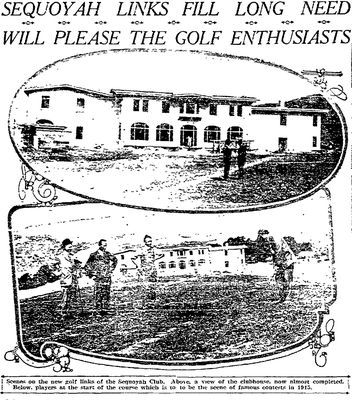 Oakland Tribune September 27, 1914 5The club was founded at a meeting at the St. Francis Hotel in San Francisco on October 3, 1913. The 23 members of the meeting chose to name it Sequoyah, after the native American who developed a writing system for the Cherokee language. The directors selected at the first meeting were Philip T. Clay, Harvey B. Lindsay, Barton Bean, Hugh Goodfellow, Arthur King, William Pearce Johnson, W. S. Rheem (president of Standard Oil), Dennis Searles (vice-president of the Pacific Coast Borax Company), and Charles H. Bentley. 1 The club was limited to 350 members, originally all men. 3

The clubhouse was designed by architect Edward G. Garden 2. The original plans were for a three-story building, but eventually a two-story building was constructed for $30,000 4 and was completed in 1915.

Many sequoia trees were planted along the fairways of the golf course, which was built on the then-barren 180 acres. The clubhouse was remodeled in 1928 into a larger Spanish revival style building by architects Claude and Eugene Barton, and has been added on to several times.

The country club hosted the Oakland Open Golf Tournament from 1938 to 1944, and included such noted players as Ben Hogan, Byron Nelson, and Sam Snead.

The club is limited to 425 member families. The facilities are available for rental for weddings and other events. 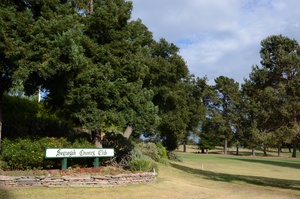 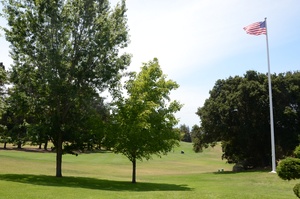