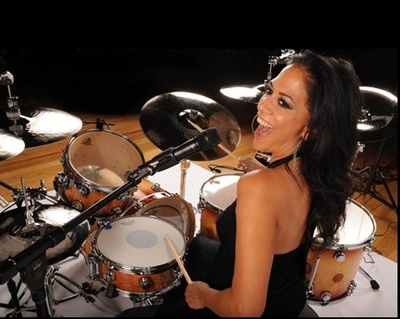 Sheila Escovedo (born December 12, 1957) is best known professionally as Sheila E., an amazing Grammy nominated drummer, percussionist and singer who had a long musical collaboration with Prince beginning in 1983. Previously she had worked with Natalie Cole, Lionel Richie, and Stevie Wonder. After her partnership with Prince ended, Sheila E. worked with Ringo Starr and Gloria Estefan, among many other notable performers. More recently, Sheila E. has collaborated with Jennifer Lopez and Beyoncé.

Her first solo album, The Glamorous Life, was released in 1984, scoring #7 on the charts for the single.

Sheila E. performing with her father Pete Escovedo at the SLC Jazz Festival.