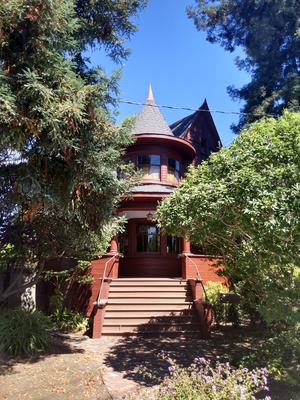 Siegriest House is a beautiful Victorian-style home at 5185 Miles Avenue, the long-time family home of artist Louis Siegriest. An Architectural Guidebook to San Francisco and the Bay Area says it was designed by A.W. Smith and built in 1900. 1 Zillow, et al, say 1885. 2

The house first belonged to Giuseppe "Joseph" Bassi and Maria Bassi, from c.1892. Their adopted daughter was Louis' mother, Emelia Bassi (Siegriest), who inherited the house after they both died in 1898. 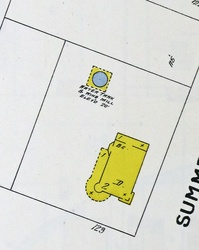 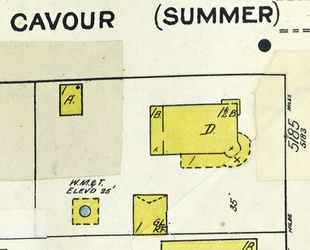