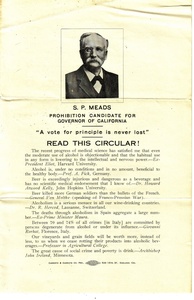 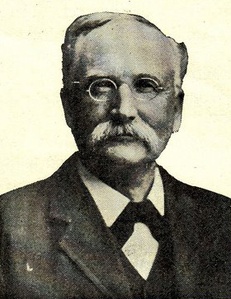 Simeon was born in January 11, 1849 in Limington, Maine, to Simeon Pease Meads and Ann Maria Libby (Meads). His father died of typhoid the October before he was born. Simeon earned an A.B. degree from Bowdoin College (class of 1872) and went to work as a teacher. 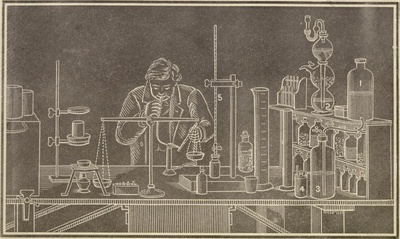 from Chemical Primer by S.P. MeadsMeads wrote Chemical Primer: An Elementary Work for use in High Schools, Academies, and Medical Colleges in 1884. It was published by William B. Hardy.

Meads firmly believed in temperance, and was the Prohibition party nominee for California vice governor in in 1902 6 and for governor in 1910. 1 He spoke on temperance to the Alameda County Christian Endeavour union at the First Presbyterian Church of Oakland (where the union was started in 1887) in 1908, and at the YMCA in 1912. 2 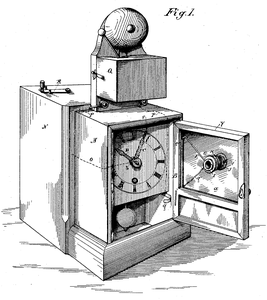 from patent #371,696 USPTOWhen he first arrived in Oakland, Simeon worked as a real estate agent.

In 1887, Meads was granted patent #371,696 for an electric alarm clock 7 for ringing bells simultaneously throughout a schoolhouse.

His autobiography written in 1923 was called In My Own Lot and Place. 3