Simon Hardware (originally B. Simon Hardware) was a large, family-owned hardware store in downtown Oakland, founded in 1900. By the 1960s, they had 3 stores in Oakland, Walnut Creek, and and San Pablo.

The business was founded by Benjamin Simon and his wife Rebecca Simon in 1900. According to the Simon's great-granddaughter, it started as a small business, with Rebecca selling hardware items from a cart. They expanded and moved up Broadway over the years. In the 1920s, they were at 639 Broadway at 7th St. In 1937, they moved to their biggest location at 808-824 Broadway, where they had all 4 floors of the Blake & Moffitt Block building. 1

For many years, the store was managed by the Simon's sons, Jacob and Louis Simon. 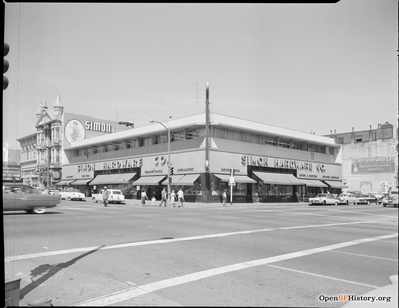 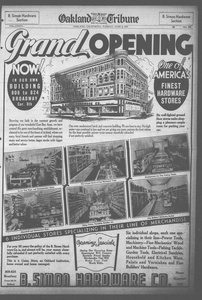 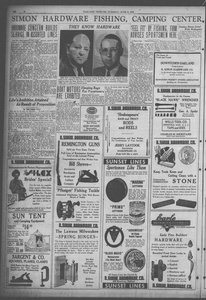 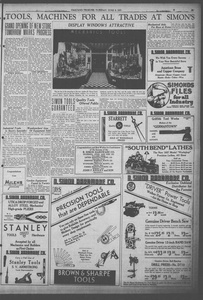 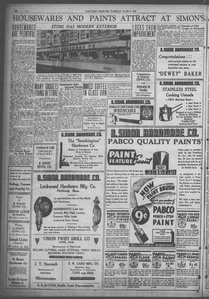