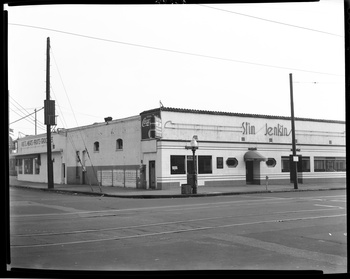 The club was at 1748 - 7th Street in West Oakland. Slim Jenkins opened a liquor store on December 5, 1933, the day Prohibition was repealed with the passage of the 21st Amendment, and a cafe was soon added.

It was in the same building as Jenkins' supermarket and coffee shop, which opened in 1938.

The club was razed in 1962 to make way for a gas station. 3 Jenkins tried to get a cabaret license for 975 West Grand Ave., 4 but that was blocked by a nearby church group. 5 Jenkins then opened a new club at 310 Broadway. 6 Jenkins operated it until his death in 1967. 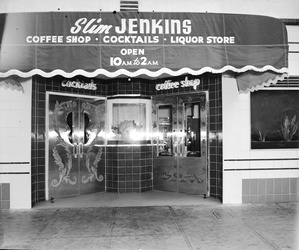 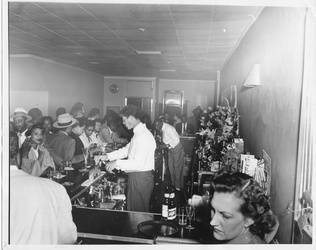 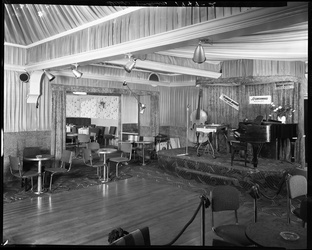 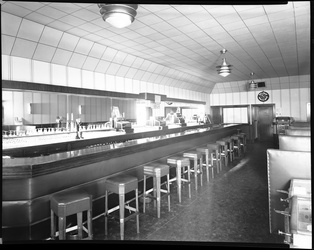 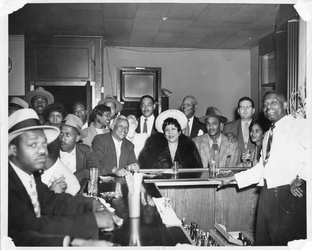 Among the people who performed at Slim's was Lil Greenwood. She moved from Alabama to the Bay Area in 1948 or 1949, and began singing at Slim's. She was later recruited by Duke Ellington, and traveled extensively with his group from 1956 to 1962. 7,8 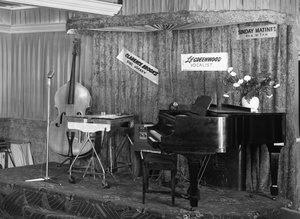 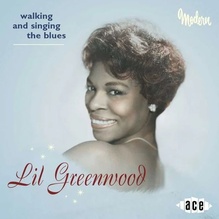