Jimi Evins and Berj made the Smartphones Make People Stupid Mural in 2014. The left panel has two phones floating on a cloud. The right panel is in the style of a cartoon. A phone is swooning in a man's arms- the man is saying "I need an outlet!" and the phone is saying "Cheer up kid... *cough* We had a good run..." A woman on the other side of the office is saying "Maybe now he'll spend some time with me." The murals are located on 17th street between Franklin and Webster, Downtown, on two metal panels that can  only be seen when they're rolled down, protecting the storefronts. 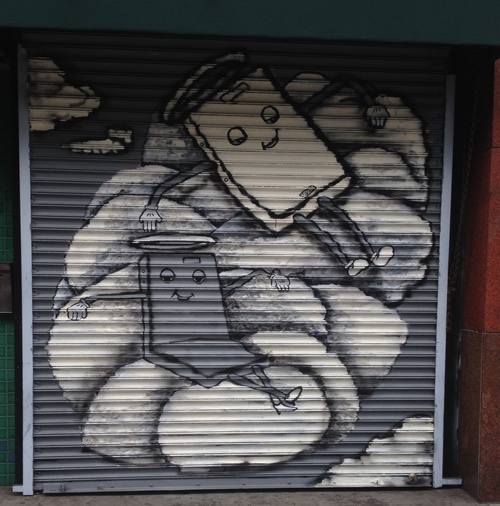 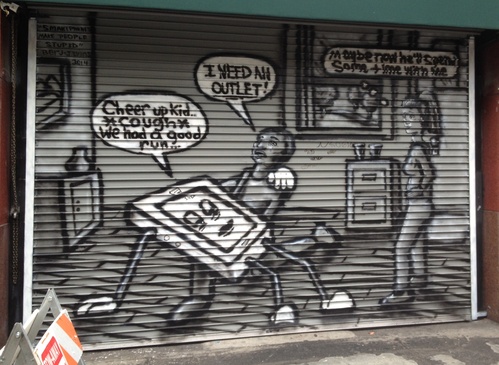