Snedigar Cottage was the foster care section of the Alameda County juvenile detention center, where foster children ranging in age up to 13 years old waited to be placed into homes. The Alameda County Juvenile Hall complex, of which Snedigar Cottage was a part, was constructed in 1953. Although located in San Leandro, the City of Oakland sent their foster children there in the mid-1950s into at least the late 1960s ... will check on the date the facility was closed down. A comment says the facility was still in use in February of 1985.

This facility had a profound effect on the lives of countless Oakland children.

Snedigar Cottage was named in honor of Olie Fielding Snedigar, long time Oakland resident who served as Chief Assistant Probation Officer of Alameda County for 36 years. Mr. Snedigar retired on December 31, 1952 and died in his Oakland home on January 15, 1954. 2 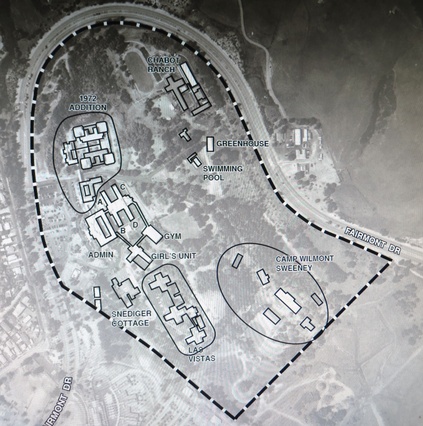