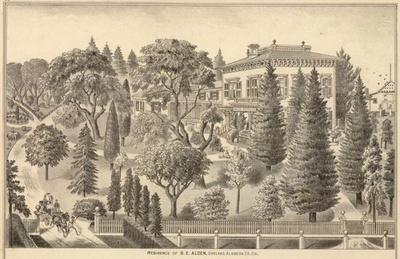 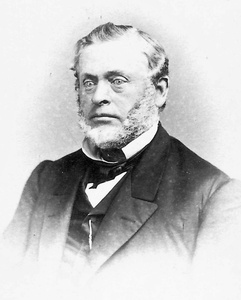 Solomon Ellsworth Alden (November 14, 1811 – August 18, 1881) was an early settler who at one time owned most of what is now Temescal. From 1899 to 1908 the post office for North Temescal was known as the Alden Post Office 2, and the Temescal Branch Library (built in 1918) was originally known as the Alden Branch of the Oakland Free Library.

Alden was born in 1811 in Enfield, Connecticut, the direct descendant of Priscilla Mullins and John Alden, a cooper, who signed the Mayflower Compact, and the last surviving male who came to Plymouth on the Mayflower in 1620. A family history records that in 1852, Solomon traveled west from Southport, Connecticut, by steamer "in search of adventure. He camped in the Eastbay for a time and a few months later purchased a house and four hundred acres, on the present 51st Street, which extended north to Berkeley and south to Oakland. In 1854, he sent for his wife and three-year-old [sic] daughter, Elsie Ann, to join him. They arrived in the San Francisco harbor that same year on a steamer." 5 Solomon's sister Emily (January 22, 1810 – October 7, 1881) and niece Ann also lived with the family.

The family history goes on, "When Mrs. Alden arrived in North Temescal, as the district was then called, she disliked the bareness of the yard, and she was homesick. She sent back to Connecticut for a small bay tree, and when it arrived planted it outside in the front yard. There were no water pumps in those days [not true], so every day after the dishwashing she would pour the water on her growing bay tree. It grew immensely and for many years has afforded shade to Oaklanders. . . . In 1915 the Alden house was sold to the Oakland Baby Hospital. Eventually, the old Alden homestead was taken down and a new Baby Hospital was built." 5 The old bay tree still stands at the Children's Hospital and Research Center Oakland. 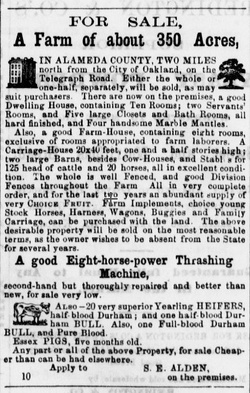 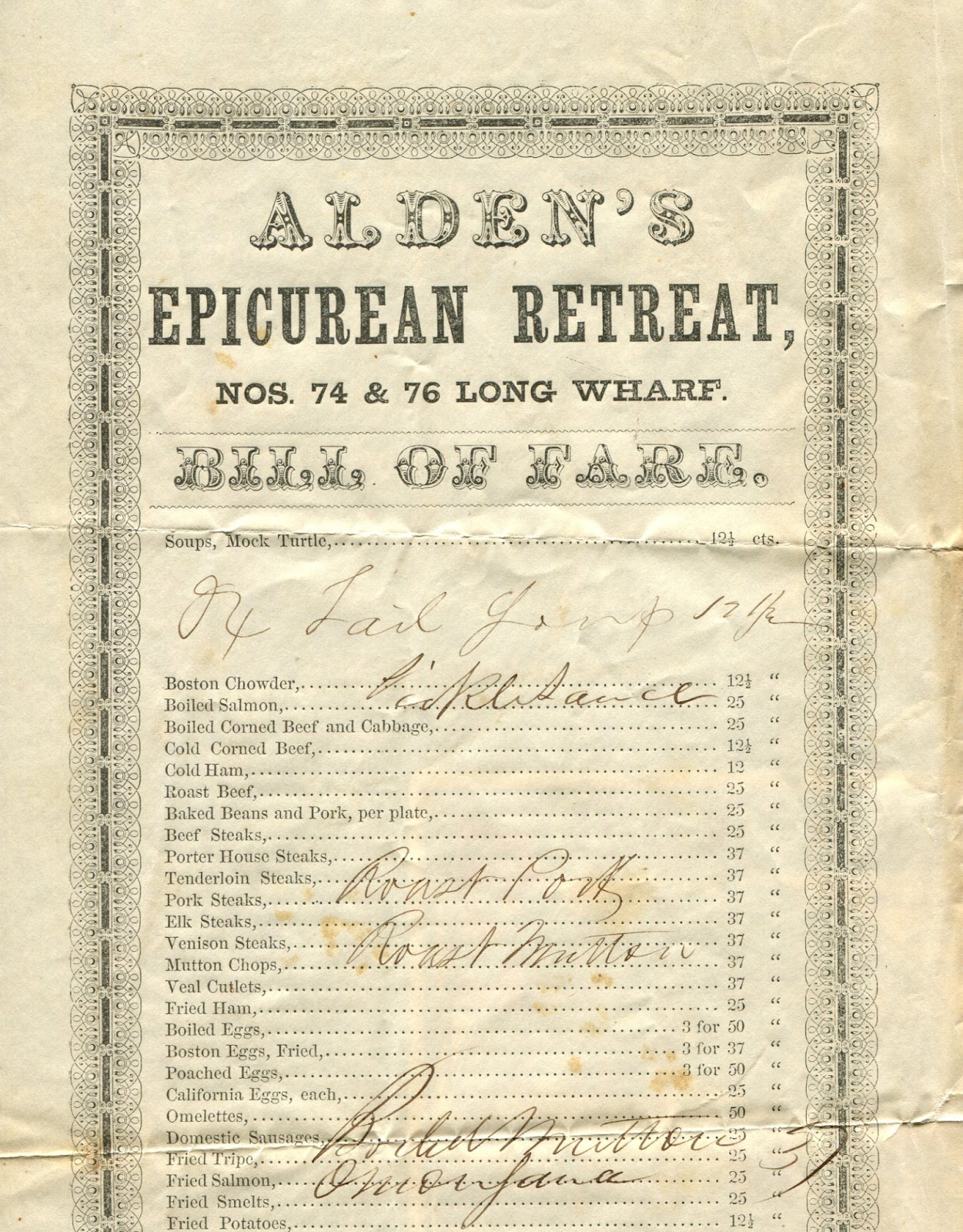 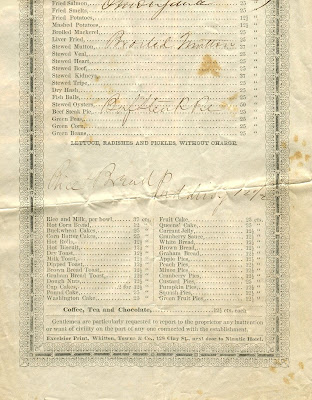 He farmed his land, delivering fresh produce to his two restaurants in San Francisco, Alden's Epicurian Retreat. 6 According to the blog The American Menu, the menu for Alden’s Epicurean Retreat "was made by the Excelsior Print Company, situated next door to the picturesque Niantic Hotel that had been built in a beached whaling vessel. In addition to fish and game dishes sourced from the West, such as salmon, venison, and elk steaks, the menu below offers three Boston eggs for 37 cents, reflecting the competitive dynamics in a city filled with saloons, restaurants, and hotels. Alden’s menu also features a California egg for 25 cents. Although many farms had been established in the area by 1853, the high price of local eggs indicates that they were still relatively scarce. It would be another twenty years before the chicken industry got rolling in Petaluma, eventually becoming known as the 'Egg Capital of the World.' " According to his great-granddaughter Innes McElrath Melton, he served the first strawberries in San Francisco, grown on his farm.

An 1862 advertisement listed about 350 acres for sale, with "a good dwelling house, containing ten rooms; two servants' rooms" plus a farm house, carriage house, two barns, and stables. 4 Alameda County records list Alden's property at 300 acres; the same year the Assessor's office listed him as the fourth wealthiest property owner in Alameda County after Edson Adams, Samuel Merritt and Frederick William Delger 1. According to a footnote in The American Menu: "There were many ways to make money during the Gold Rush. The trick was not to lose it in the saloons, gambling halls, and houses of ill repute. By the 1870s, restaurateur Solomon E. Alden was listed in the city directory as a bank director and farmer, living on a 612-acre estate comprising much of the Temescal area of Alameda County." 6

Elsie Alden married John Edgar McElrath (January 2, 1844 – May 6, 1907) an attorney from Tennessee, who had served as a Major in the Confederate Army during the Civil War. The 1908 city directory lists their address as 5101 Dover Street. Alden's property became the site of the Children's Hospital Oakland.

Solomon Alden died of diabetes in 1881, and is buried in Mountain View Cemetery, Plot 1, Lot 347, along with the McElraths. 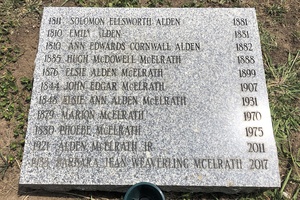 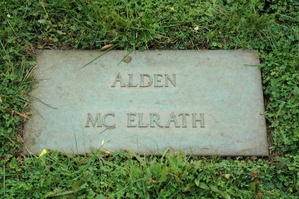