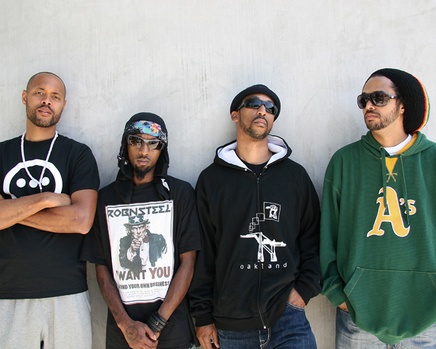 Souls of Mischief began in 1991 as an underground Hip Hop group in Oakland, California.  Group members are Tajai (Tajai Massey) Phesto (Damani Thompson) Opio (Opio Lindsey) and A-Plus (Adam Carter).  Tajai and A-Plus started working together when they were in elementary school, later Tajai met Phesto while both were in junior high school, with Opio joining the group when they were in high school.