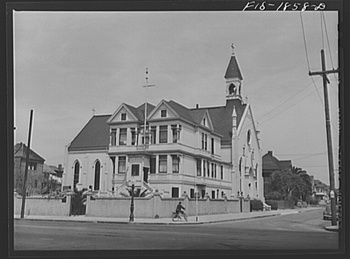 St. Joseph's Portuguese Church was a Catholic church at 723 or 745 Chestnut, serving the Portuguese community and other Catholics of West Oakland.

The church was founded in 1892, 1 and was the first Portuguese national church in California. 2 Prior to that, Portuguese-speaking Catholics met in St. Mary's Hall at 7th and Grove (MLK) under the guidance of Rev. Father Fernandes from the Azores. 3

In 1899, Rev. Guilherme Gloria shocked everyone when he resigned to officially marry Annie B. Collins. It turned out he and Miss Collins had been involved since she was 15, and met when Rev. Gloria was the priest in San Leandro. Collins' sister found out, and Gloria and Collins signed a marriage contract with Collins' sister as a witness. He fathered a child with her; he was transferred to St. Joseph's, and set her up as a dressmaker in Oakland. The baby was born 6 months later in 1896. But eventually the truth came out and he resigned. 6

The building was demolished in 1965 for the building of the Acorn Redevelopment Project (some sources say of the Nimitz Freeway, but that was completed in 1959(?)). The congregation was merged with St. Andrew's Church (now also demolished) at San Pablo and Brockhurst. 4 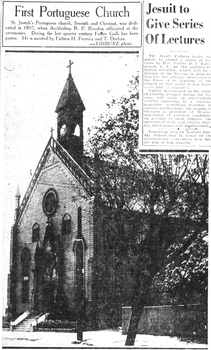 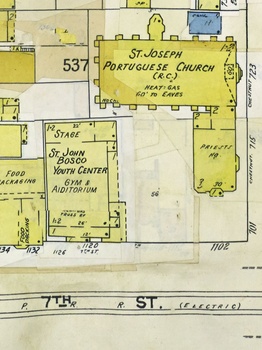 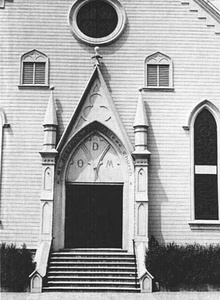