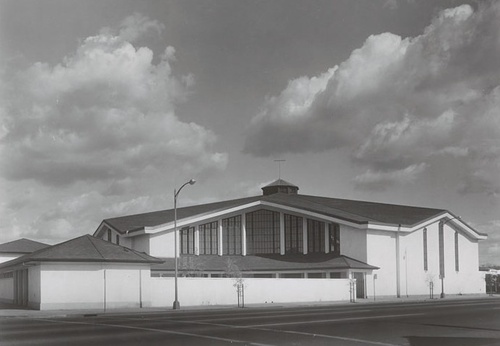 St. Louis Bertrand Parish has been serving the Elmhurst and East Oakland Catholic community for more than 100 years.  Mrs. Ludovina Peralta Ivey donated the land where the church and school now stand.

Pope Pius X was leader of the universal church, and the Archbishop of San Francisco, Patrick Riordan, named Father James Kiely, born in Ireland and ordained in 1897, as Pastor of the new parish. Father Kiely served as Pastor of St. Louis Bertrand from 1908 to 1915. The first Mass at St. Louis Bertrand was celebrated on the Feast of the Holy Rosary, the first Sunday of October 4, 1908.

From October 1908 until Christmas Day 1909, Mass was celebrated in a private residence at 1245 “A” Street, the home of the Cereghinos. Ground was broken for the new church on May 14, 1909 and the first Mass was celebrated on Christmas Day, 1909. The new church was formally dedicated on April 17, 1910. Bishop O’Connell of San Francisco delivered the dedication address in which he congratulated parishioners for making the sacrifices that helped to build the church and commended them for selecting St. Louis Bertrand, a 16th Century Spanish Missionary as their patron saint.

The Adrian Dominican Sisters founded by St. Dominic in Pruille, France in 1206, came to Oakland in 1946 and opened St. Louis Bertrand Convent and School.

On the 50th anniversary of the founding of the parish there became an urgent need for a larger church. A fundraising drive began for the construction of a new church. The new St. Louis Bertrand Catholic Church, designed by architect Howard A. Freidman, was dedicated on April 21, 1963 with the first Bishop of the Oakland Diocese, Floyd Begin officiating.

St. Louis Bertrand Parish of the 20th century has undergone a transition from being a parish with parishioners of almost entirely European ancestry to a more catholic and diverse population of descendants whose ancestry is also African, Latin American, Asian and of the Pacific Islands.

Father Tony Valdivia was the priest from 2003 until his retirement in 2007. 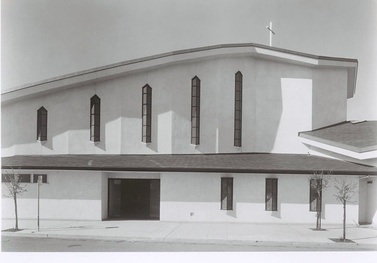 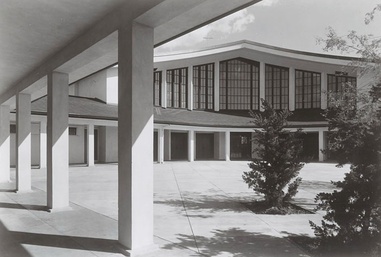 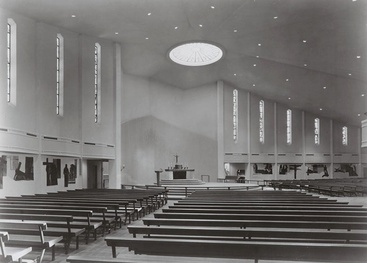 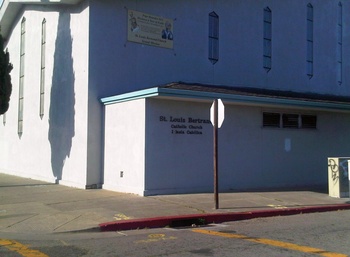