This mural is on the side of Star Liquors at 7940 International Blvd in Arroyo Viejo/Fitchburg. The mural reads "Star Discount Liquors," but it looks like the official name of the store is Star Liquors. The mural is by members of the GFC and UTI crews. 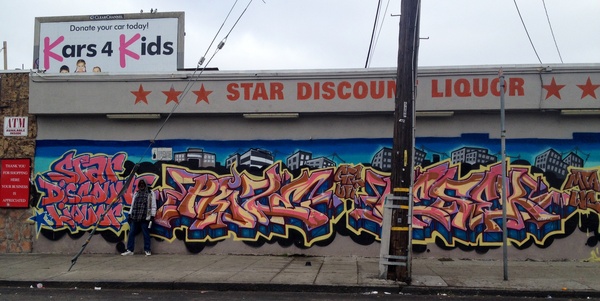 photo by greenkozi (note: the gentleman in the picture chose not to move) 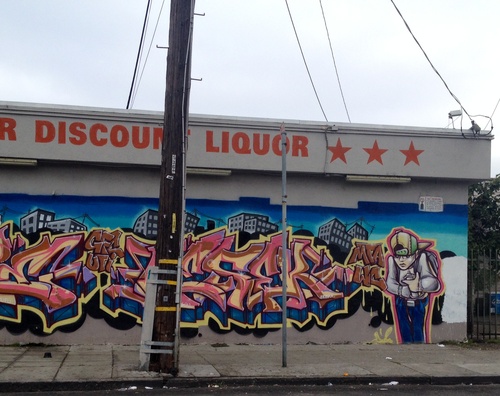