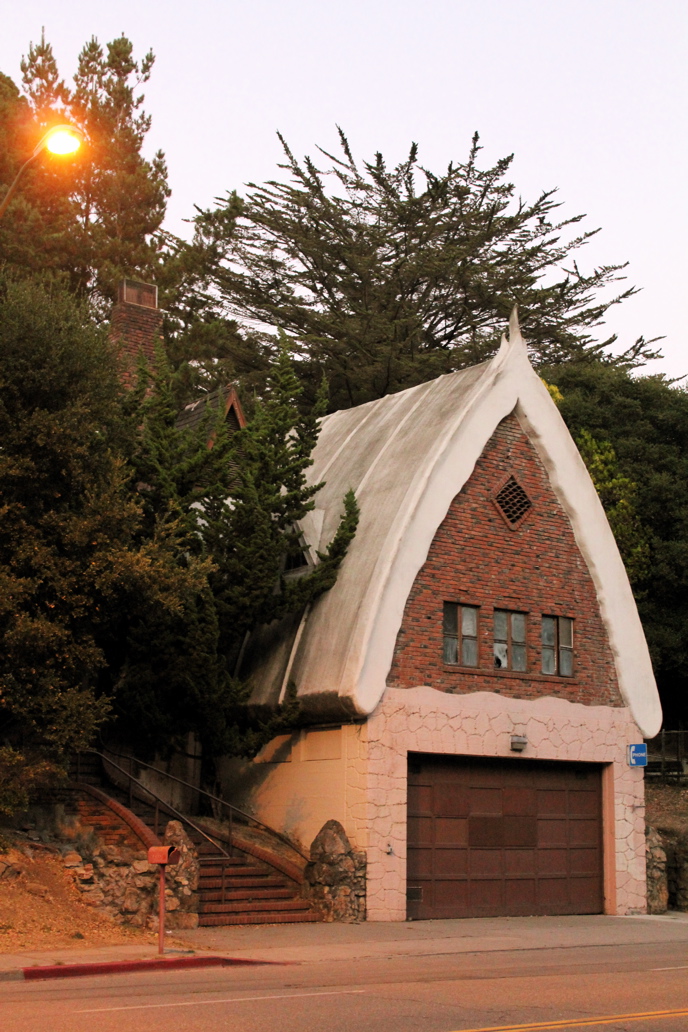 Montclair Firehouse (designed by Eldred E. Edwards – not Julia Morgan, as many believe!)Storybook was a short-lived architectural style popular in the 1920s.

Often called “Fairy Tale” or “Hansel and Gretel”, this Hollywood-inspired aesthetic is more properly known as Provincial Revivalism. It is characterized by a cinematic, aggressively medieval, gleefully asymmetric design sense. As a style, it was more or less finished off by the Great Depression; post-1930 examples are rare.