The front of Straus Carpet is painted with giant murals. Straus is located at 2828 Ford Street in Jingletown. The mural was originally painted by Dan Fontes with Ingrid Good and later added to in 2008 by Joaquin Alejandro Newman (see his blog!). A large fire destroyed the wood frame warehouse and two separate murals were lost. 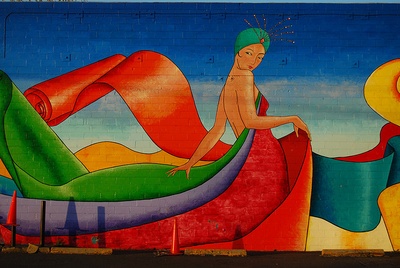 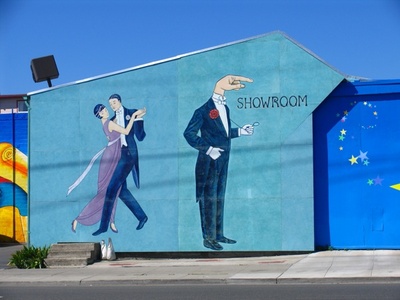 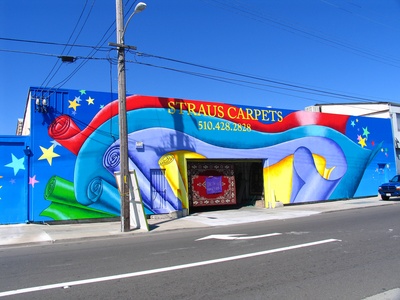