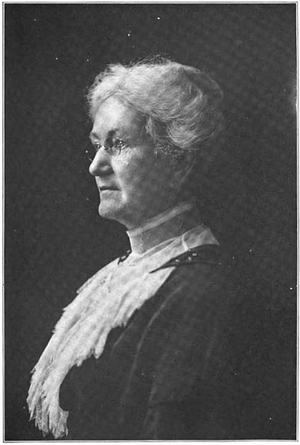 Susan J. Fenton 1Dr. Susan Jane Fenton (February 24, 1849 – October 26, 1932) was an early woman doctor in Oakland. She was one of the founders and the namesake of the Fenton Home Orphanage. Dr. Fenton worked at Fabiola Hospital and had a wing of the hospital named for her. Her brother was E. S. Fenton, founder of Fentons Creamery.

Susan Fenton was born February 24, 1849 in Pennsylvania to Joseph Matthew Fenton and Laura Lusinia Ayers (Fenton). She came to California in 1874.

Dr. Fenton received her degree from Hahnemann Hospital College of San Francisco in 1889. 1,4 She also studied in Berlin, Germany in 1896.

In 1890, Dr. Fenton did free consultations for the poor every day (except Monday) from 1-2pm at Fabiola Hospital. 6

She was the head of Associated Charities of Alameda County for many years, and also the president of the Child's Welfare League of Alameda County. 2 In 1911, Dr. Fenton was one of doctors on staff at the Shepherd's Home, a "rescue home" for girls at 1354 - 8th Avenue. 3 Given her interest in child welfare and her medical training, it's unsurprising Dr. Fenton was an early supporter of Children's Hospital.

Dr. Fenton lived at 678 - 14th Street for many years and had an office nearby,

In 1900, Dr. Fenton was the commander of the Oakland Hive of the Maccabees, the women's auxiliary of the Knights of Maccabee fraternal organization. 5

Dr. Fenton must have been particularly fond of her niece, Laura Ermina Fenton, daughter of E. S. Fenton. When Laura became engaged to Maxwell C. Frank of Berkeley, her wedding gift to them was a new house in Piedmont. 7 Her niece Mabel Fenton (Arnold) lived with her for a time c.1906.