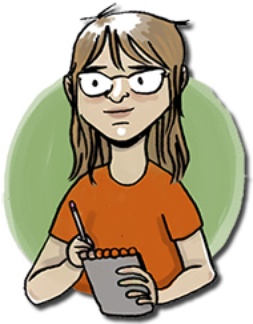 Susie Cagle is a journalist, cartoonist, zinester who "has worked with the Guardian, the Atlantic, AlterNet, Truthout, & many others on illustrated reportage, investigative stories, infographics, blog posts, & a lot of other cool stuff." 2

Recipient of an International Women's Media Foundation [IWMF]'s 2013 Women Entrepreneurs in the Digital News Frontier grant, "Cagle promises to deliver a thorough exploration of a single social issue in Oakland each year, starting with gun violence..." through Shine in Peace.

Cagle tweets a lot about Oakland issues at @susie_c.