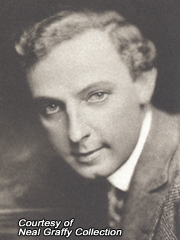 Sydney Ayres
public domain via WikimediaDaniel Sydney Ayres (August 28, 1879 – September 9, 1916) best known professionally as Sydney Ayres, was a stage actor who went on to become a silent movie star known for his appearance as a handsome, dark wavy-haired leading man. That lead to his career as a screenwriter, and director of silent films, while simultaneously continuing to act.

At age 21, Sydney worked as a drama teacher while living with his parents at 264 11th Street. Ayres began his professional acting career in a production of Faust in the Oakland theater company of Lewis Morrison. He was a huge celebrity in Oakland, and a leading man at Oakland's Ye Liberty Playhouse. This was followed up by a North America tour with the famed Orpheum Theater as one of their featured actors.

Previously married, Ayres met lovely young Anna Franck (April 13, 1881-May 19, 1968), the daughter of a prominent Oakland family. The two married in 1912, but Ayres' first wife publicly claimed their divorce was not finalized and accused him of bigamy. This was a tremendous scandal at the time, with front page news accounts. 3 Ayres provided proof he was divorced, stating the former wife had deserted him five years prior, and had not received service of the divorce papers. "I have nothing to say against the woman making this charge. She cannot harm me anymore, for I have done no wrong." 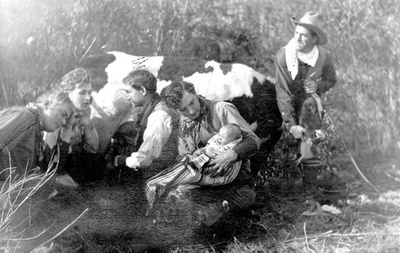 Sydney Ayres (holding the baby), in a scene from the 1913 silent Western Bill's Sweetheart, in which he was the star. 1

Ayres died in Oakland, California just days after his 37th birthday from complications due to a serious car accident in Hollywood the previous year. Although Wikipedia states that Ayres died of multiple sclerosis, Bay Area historian Michael Colbruno, who has researched Ayres extensively, has not found substantiation or source for that cause of death. Correct or not, the information appears widely. 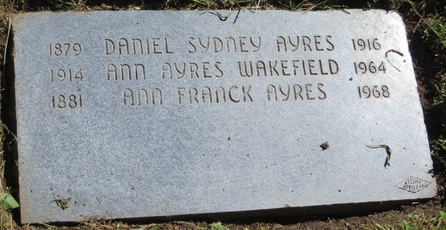