The Big Four (they preferred the term “The Associates”) were the owners/main investors in the Central Pacific Railroad (the westernmost leg of the U.S.’s first transcontinental railroad, which terminated in Oakland): 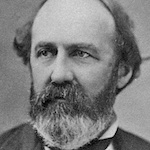 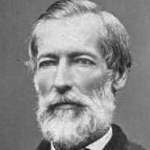 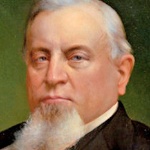 Well, they brought the railroad. Or, more precisely, they funded it. But otherwise, this shameless crew of robber barons (that’s right, uh huh!) were not from here, didn’t live here, and never came here (save maybe Crocker; the others had mansions in pre-earthquake San Francisco, among other places). You may well ask why, then, Oaklanders should care about them, much less give ‘em a page on Oaklandwiki. Well, as “movers and shakers” at the state and national level, they were gilded-age forces to be reckoned with whose names come up often in local historical research. Although they likely visited “these parts” only rarely (if ever), their Oakland connections include: