The Eastern Shore is an Internet radio show & podcast about Oakland and the East Bay. The show is hosted by Brock Winstead and is broadcast on bff.fm on Mondays from 2 to 4 pm. The debut show was about Oakland Wiki (!) (:D) with Marina Kukso and Gene Anderson as guests, and was broadcast on May 12th, 2014.

The name comes from the Daily Alta California which had a section with news from Oakland and the East Bay titled "The Eastern Shore" in the 1800s.

The Eastern Shore, Coming to Your Ears May 12

MP3 archive of the show (full show with music, 2 hours) 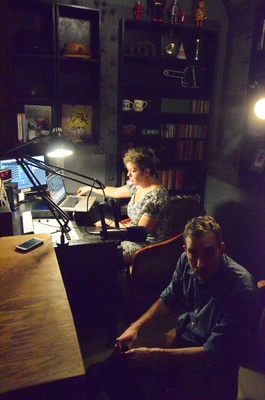 BFF.fm studio
CC SA-BY Our OaklandSome of the Oakland Wiki topics we discussed or mentioned: