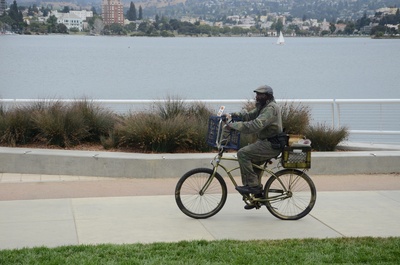 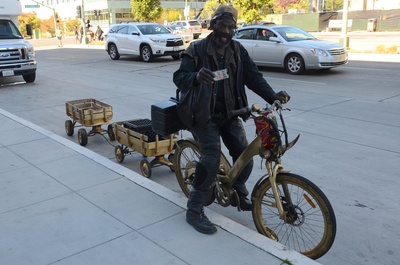 There is a guy named Greg (Gregory) who rides around Oakland with a gold bike. Sometimes he goes on the bus. Who is this man and what is with his awesome bike?

According to this, "Gregory rides a golden bike with a golden wagon hitched behind. He asks for money, cigarettes, and collects bottles and cans. He's been 10 years clean and sober, has the Alcoholics Anonymous-issued coins to prove it (one for each year). 'This is what I drink,' he said while pointing to a two-liter bottle of orange soda. And he lives for God. After taking photos he asked if I liked his style."