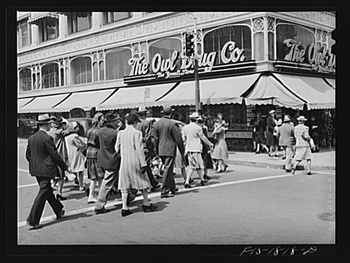 The Owl Drug Company was a drug store chain in California from c.1900 to at least 1947. They had several Oakland locations, one of which had a large sign saying "The Owl" which was visible in photos from the era. A later location on Broadway used their distinctive cursive logo for a neon sign. 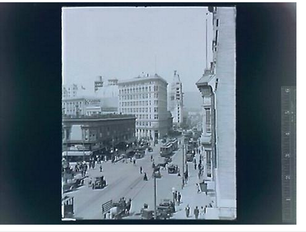 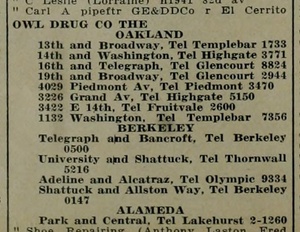 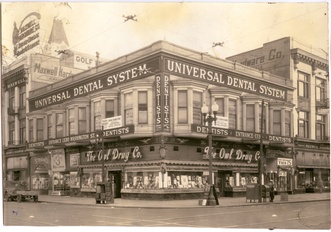