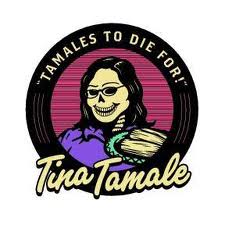 Tina "Tamale" Ramos ran La Borinqueña Mexi-catessen, a 3rd generation family business making delicious tamales ("Tamales to die for") for over 70 years in Oakland. La Borinqueña serves tamales (even vegetarian and vegan tamales) and other tasty food for lunch, and sells tamales, house-made masa, and specialized groceries for take-away. They also did catering.

Founded by "Mama" Rosa Lopez, La Borinqueña Mexi-catessen was Oakland's home-grown source for everything from tamales and sweet bread to Latino advocacy and history. 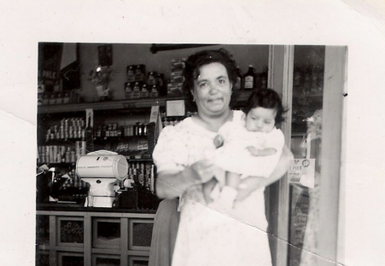 La Borinqueña started with Lopez's purchase of a corner store in West Oakland in 1944 years ago. She borrowed $100 from each of her friends, and change from the neighbors to stock the cash register, starting the business on a shoestring. Lopez was Mexican American, but the name La Borinqueña was for her husband's Puerto Rican background. It translates to "Puerto Rican woman", and is also the name of the Puerto Rican national anthem.

Lopez sold groceries and other Latino goods to neighbors in the predominantly Latino community from that first store on 5th Street and Brush Street. Her daughter Natividad Ramos was born at home with a midwife delivering her. The midwife's services cost $5, and Rosa paid it off in 25¢ installments. Natividad came to work at the shop when she was 12 years old.

In the 70s, many of the customers were the construction workers who were building the freeways. In the 80s and 90s, they were office workers. In 2000, the business started seeing an influx of residents from nearby condominiums and apartments. 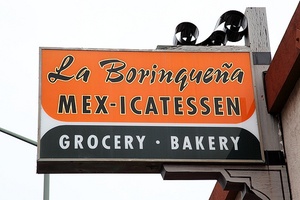 Granddaughter Tina "Tamale" Ramos ran the family business. Besides being the public face and co-owner of La Borinqueña, Ramos participates in many organizations that help support and celebrate the culture of Oakland 1, as well as Oakland Grown which helps support local small businesses. Her mother came in on Saturdays to dispense tamale (and other) advice.

In December 2011, Tina Tamale found out that a local mobile pushcart and transporter truck was for sale. Looking at this as the ideal way to expand her mobile business, she secured the purchase. 2 She was a regular at Bites off Broadway and events at Linden Street Brewery. 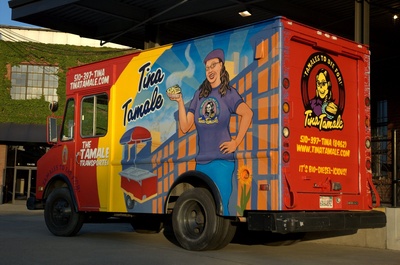