Crew's career began in the early 1980's when he was the bassist for the local hard rock glam bands Jetboy (formed 1983) and The Drunk Fux.

At the time of his death Crew was traveling with the band Guns ‘n’ Roses, working for Slash as a roadie.

Todd Crew died of a heroin overdose after drinking 18 hours straight.  He is buried in Mountain View Cemetery. 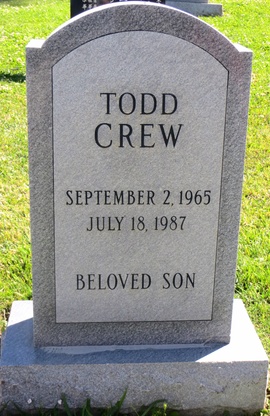