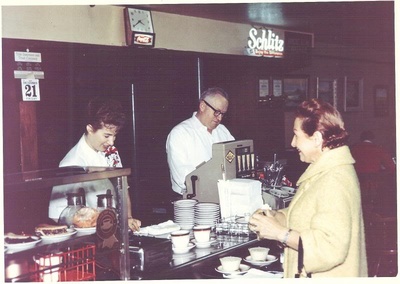 It was run by Tom Lovely. Employees in 1969 included Dorothy Fong, Rivera Serafin and Patricia Hollis.

It was a popular spot for groups to hold lunch meetings, so the most common reference in old newspapers are meeting notices. Groups included the Christian Business Men's Committee of Oakland, the Oakland Chapter of the Sons of the American Revolution, the Mental Health Association of Alameda County, the East Bay Evangelical Fellowship, the Merritt Toastmasters Club, the Oakland Civic Affairs Council, the Keynoter's Growth Club, and others. The Alameda County Democratic Women's Study Club met there for many years.