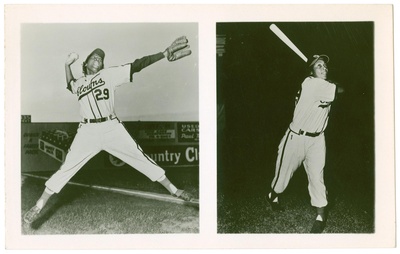 Toni Stone (July 17, 1921 – November 2, 1996), born Marcenia Lyle Stone, was the first woman to play Negro League Baseball. She was born in West Virginia and grew up in Minnesota, and while her playing career took her to various cities, she retired to Oakland.

Many things about her career are unclear, and sources differ. But they all agree she was a life-long tomboy, which makes the photo from the OMCA collection 2 unusual. ”I loved my trousers. I love cars. Most of all I loved to ride horses with no saddles. I wasn’t classified. People weren’t ready for me.” 1

In 1950, Stone married Aurelious Alberga, a WWI veteran, who was 40 years older than her.

Her contract was sold to the Kansas City Monarchs, but the players resented her and she had very limited playing time, and she retired following the season. 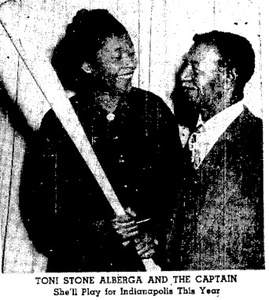 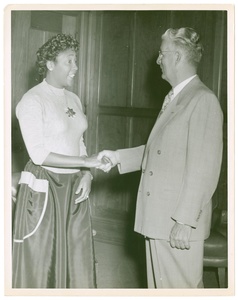 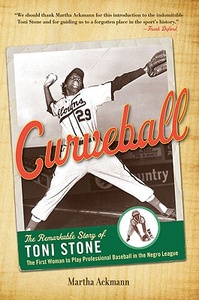