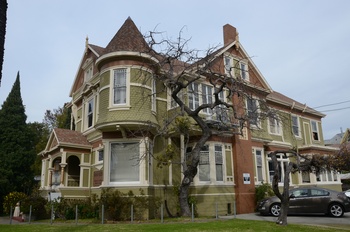 The Tubbs-Henshaw House is a lovely Queen Anne home at 544 International Blvd. (Originally 228 then 276 East 14th before renumbering and renaming.) According to An Architectural Guidebook to San Francisco and the Bay Area, it was built in 1887. 1 It was the home of William G. Henshaw, who had married Hetty Tubbs, one of the daughters of Hiram Tubbs, in 1886. The Tubbs Hotel was nearby.

Hetty's sister, Grace Tubbs, married William's brother, Frederick W. Henshaw, who was a lawyer and judge, later on the CA Supreme Court, so there were two Tubbs-Henshaw branches. 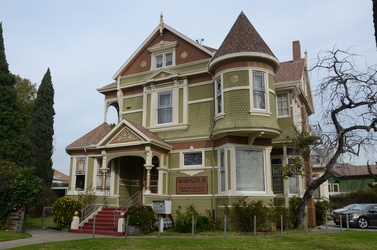 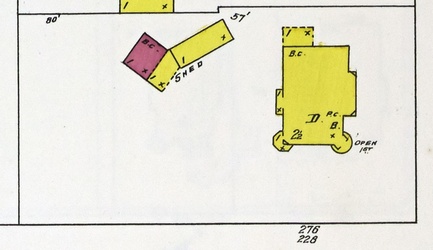