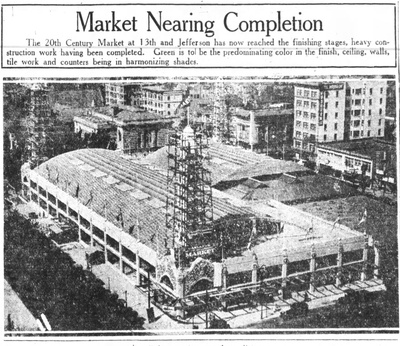 The Twentieth Century Market was a short-lived marketplace filling the block between 13th St. and 14th St. and Jefferson and MLK (then Grove St.) After it closed, the building became the the Oakland Ice Arena.

The market opened in December 1928. 1,2 In 1929, they added a housewares department, 3 J. Fredkin took over management of the store, 6 and later that year, they sought permission to add an ice rink. 4 It was a fanciful looking building, and include an impressive tower at one corner.

In 1933, Chin Bock Hing, the main backer of the market, declared bankruptcy. 5 The market seems to have closed, because mentions of it in the newspaper stop. The Oakland Ice Arena opened in 1934. The building was then owned by J. Fredkin. 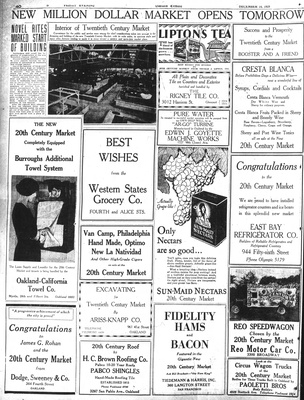 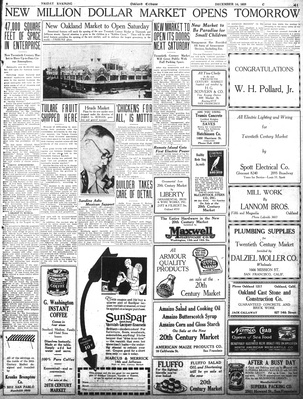