The Vallance Nursery was located at 81 Glen Avenue off of Piedmont Avenue. It was in business at that location from about 1914-1929. The nursery was owned by brothers John and James Vallance. 1

In 1929 they moved the nursery closer to Piedmont Avenue and it became the Vallance-Piedmont Nursery at 29 Glen Avenue. 3 John Vallance then applied for a permit to build an apartment building on the original location. 4 John Vallance died in 1940. 5 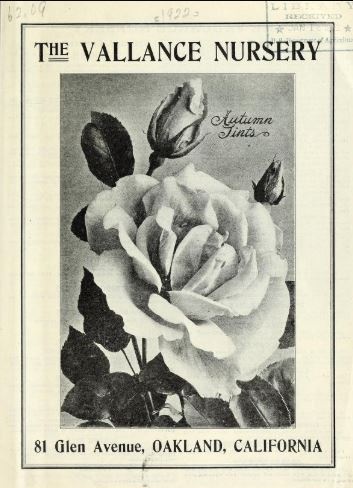 Here are links to online copies of various catalogs: