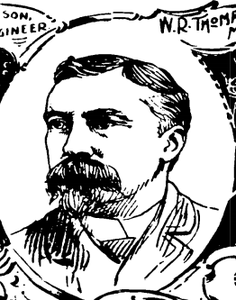 Thomas's likeness from his 1897 nomination2 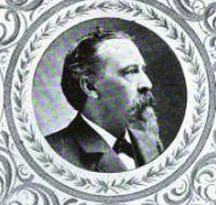 In 1870 Thomas moved to California where he lived in Redwood City.  Thomas was a deputy county clerk and recorder of San Mateo County.

Thomas relocated to Oakland in 1876 and served as deputy county clerk of Alameda County from 1883 to 1885.  From 1885 to 1888 Thomas served at Oakland Police Chief and implemented the first police wagons.  He was an anti gambling advocate.  In 1897 Thomas was the Republican nominee and in the election he defeated Mayor John L. Davie.

After serving as mayor Thomas was a partner in the firm Benham and Thomas from 1889 to the early 20th century.