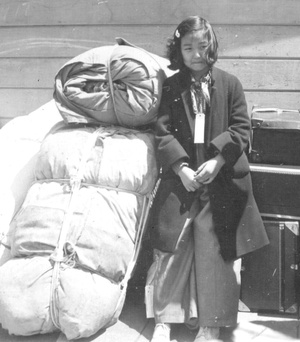 The Wartime Civil Control Administration Control Station (WCCA) in Oakland, California was one of approximately 97 short term "civil control stations" set up to implement the mass removal of 110,000 Japanese Americans from the West Coast into temporary detention camps during the Spring and Summer of 1942. These citizens were held at the camps until they were transferred into permanent camps under the War Relocation Authority in the Fall of 1942, because of Executive Order 9066, issued on February 19, 1942.

The Control Center was at 1117 Oak Street in what is now the Alameda County Law Library. 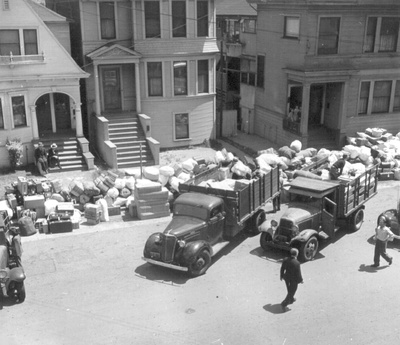 WCCA moving vans unloading the belongings of Japanese Americans across the street from the WCCA Control Station in Oakland, California (May 6, 1942) 1

1948 aerial photograph with the above houses circled: 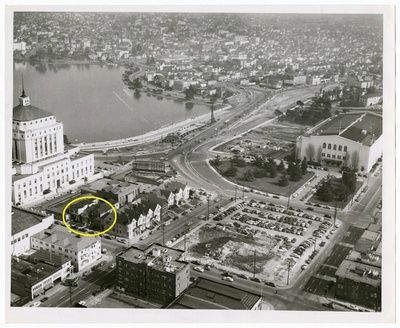