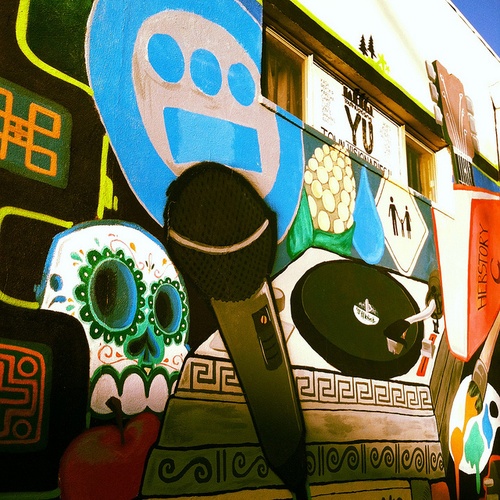 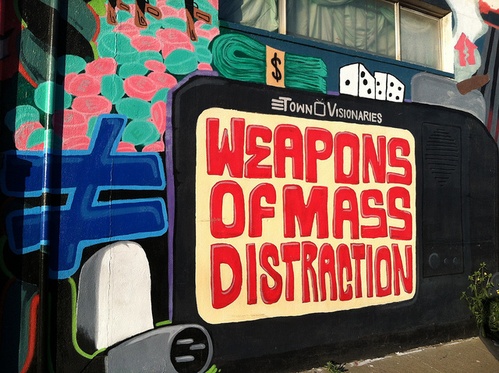 "Weapons of Mass Distraction" photo CC BY-NC-ND 2.0 by fuming gorillaThis mural was painted in 2007 by members of Youth Uprising. The mural has two sides: a side that depicts the positive influences of art and music and a negative side that depicts the bad influences of violence and television. The positive side is called "Seeds of Resistance" and the other side is "Weapons of Mass Distraction."

The mural is located on the Hieroglyphics Imperium building at 50th Avenue and East 12th Streets in Melrose.

This article tells the whole story.