Wearing the Suit is a collaboration between Lipkis and Lauren YS painted in October, 2014. There are two murals- one is a character who appears to be wearing a tiger costume and holding a perfume bottle. The other has two characters wearing elaborate fish type costumes. The larger is holding a fish skeleton. It is next to the UTI Production. 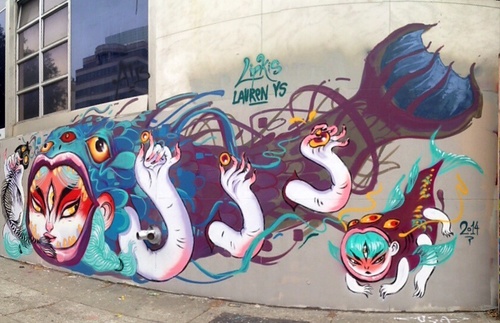 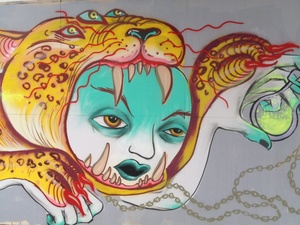 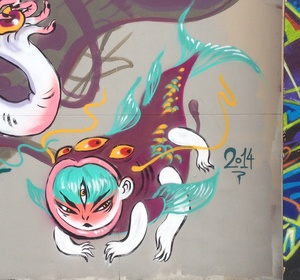