The AfrikaTown Mural is located at Qilombo, 2313 San Pablo Ave, in Ghosttown.

March 7, 2015, was the second phase of painting- a community effort. Community Rejuvenation Project is working on this.

Another article about the mural.

The mural reads Welcome to Afrikatown. It features African people, Africa with a fist inside, leopards and panthers, cloth, etc. It is a celebration of Africa and African culture. Some of the people featured are Kwame Nkrumah, orisha Yemeja, Zapatista Commandante Ramona, and an indigenous African woman. There is also an indigenous resistance fighter, a tree growing out of a police car, the Black Panthers, and Nobel Prize winner Wangari Maathai.

Afrikatown and the mural are on a contested piece of land and both deal with the issue of gentrification. 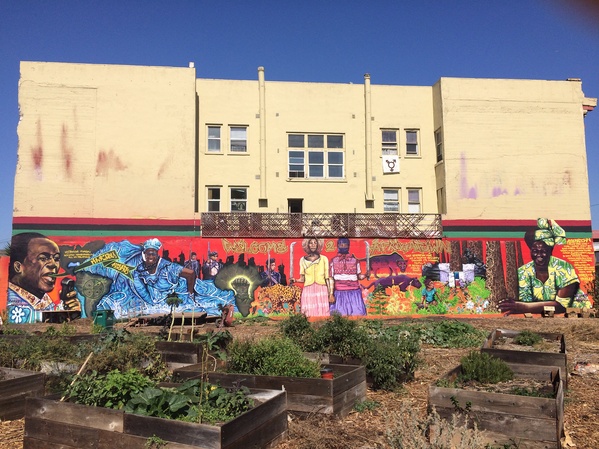 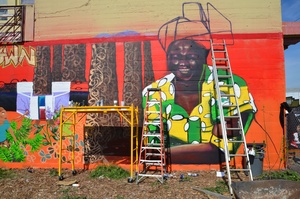 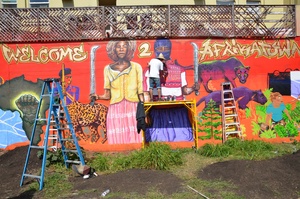 photo CC BY-NC-ND 2.0 by  William Newton (in the middle, a painter fills in Zapatista Commandante Ramona) 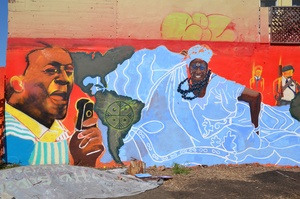