The Welcome to Oakland Mural is at 109th Avenue and Bancroft in Durant Manor/Las Palmas. It is mentioned here. Beast Oakland was involved in the production. It features icons of Oakland- BART, the bridge, the cranes, Oracle Arena, and the Tribune Tower. The far end reads "Strength in Numbers 2015 Champions." The crane says "Beast Oakland." The mural is by Rush, Gaks, DHS, RTM (Remember this Monster), and KESR. 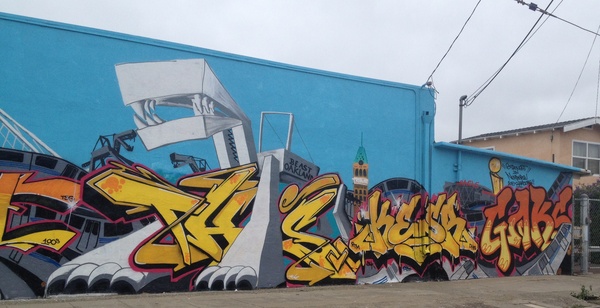 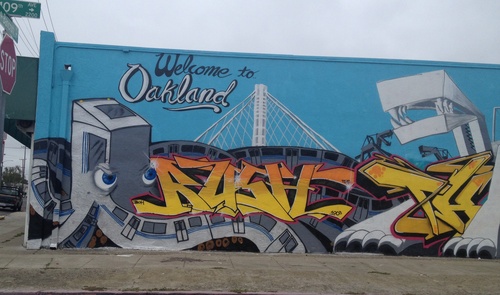