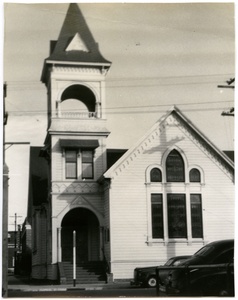 The Welsh Presbyterian Church was formed in 1889. 1 They held services in Welsh on Sunday morning, and in English in the evening. The church existed until at least 1952. 2

The congregation had been meeting for a time before officially organizing into a Presbyterian church. In 1889, they moved into their newly constructed building on Harrison between 13th and 14th, across from where the Hotel Oakland would eventually be built. By 1919, the church had moved to the southeast corner of 18th and Castro.

Rev. Moses Williams preached in Welsh at the first services. 5 It's not yet clear if he became the first permanent pastor. 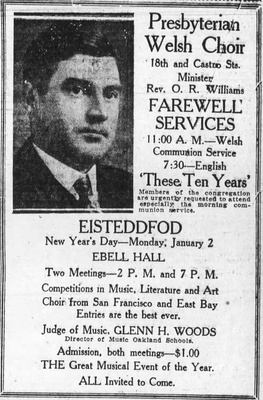