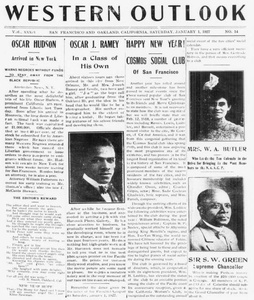 Western Outlook was a weekly African American newspaper produced in San Francisco 1 and later Oakland. It was printed from 1894 until 1928, and came out on Saturdays.

The Western Outlook was founded September 1, 1894, by Joseph S. Francis, W. G. Maddox, J. Lincoln Derrick in San Francisco. From at least 1914, it was printed in Oakland. From [_?] until it ceased publishing in 1928, J. Lincoln Derrick and Jesse E. Wysinger were the editors and proprietors. Jesse's niece Vera Wysinger (Franklin) wrote for the paper and represented it in Fresno.

In 1928, they had agents in San Francisco, Fresno, Marysville, and Red Bluff. 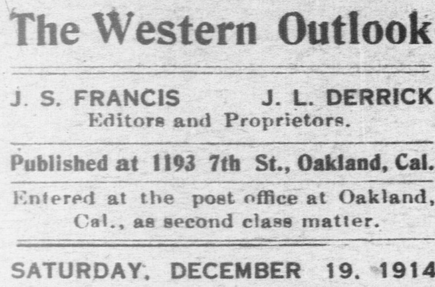 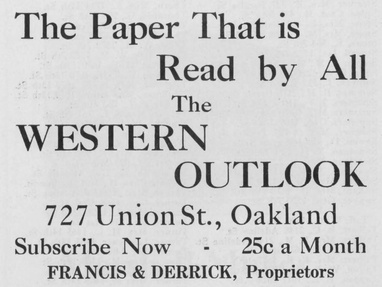 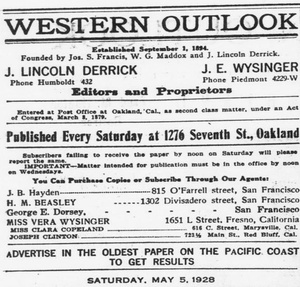