The Wetmore Pardee Building (aka the Midgley Building) was a 3-story commercial building between 15th and 16th on San Pablo, completed in 1933. In 1995, it and the Dalziel Building were demolished and replaced with 250 Frank Ogawa Plaza.

The owners of the land were former mayor and governor George Pardee, C. J. Wetmore, and Grace Richards (Wetmore's sister-in-law). The Midgley Company (C. W. Midgley, Rex Midgley, and Van Midgley) acquired a long-term lease, and had the building constructed. 1 The Midgleys were the owners of the nearby American Theater. 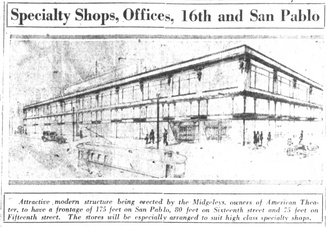 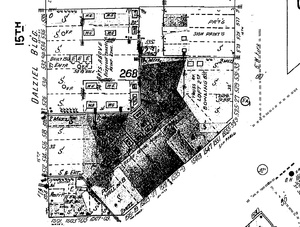