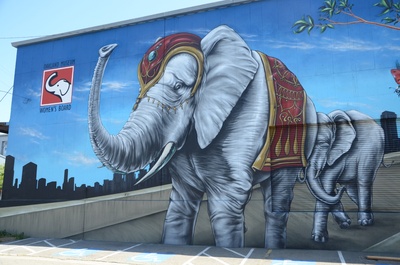 CC SA-BY Our Oakland
The White Elephant Mural (working title) is a new mural being painted by Ernest Doty, Griffin One, and Vogue TDK on the side of the warehouse used for the annual OMCA White Elephant Sale. They expect to complete it in mid-April, 2014. See pictures in progress here, here and here.

The mural features various animals including a horned chameleon, raccoons, a ladybug, a green tree frog and of course, some large, white elephants. Unlike numerous other Doty works, these animals have the standard number of eyes.

The mural is visible from the Park Street Bridge crossing back from Alameda. This mural was put together by http://fumingguerilla.com/album/projects/ 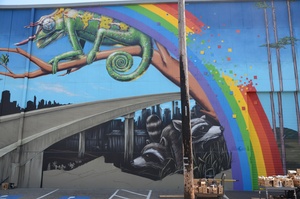 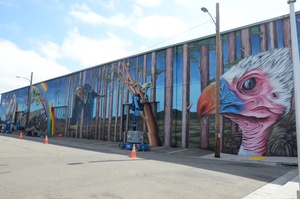 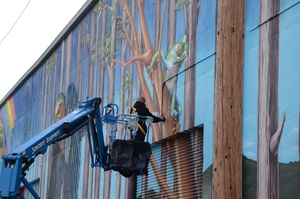 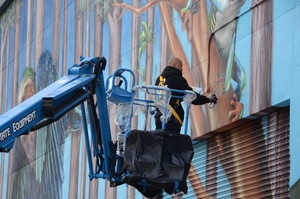 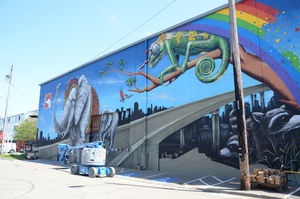 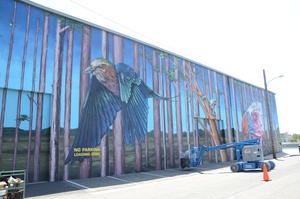 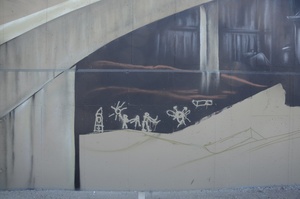 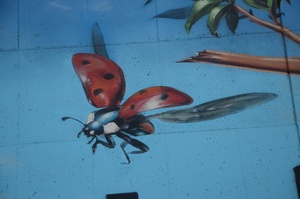 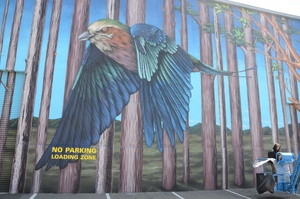 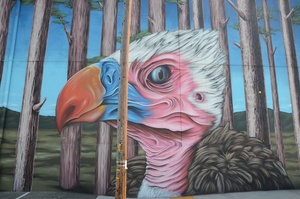 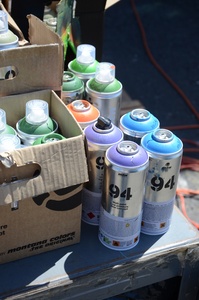 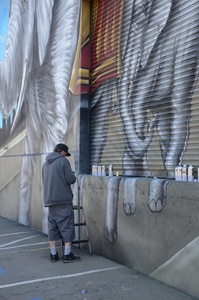 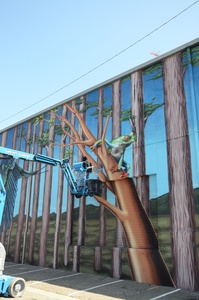 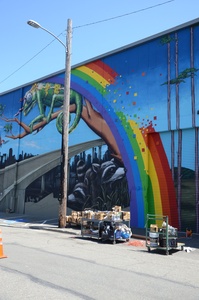