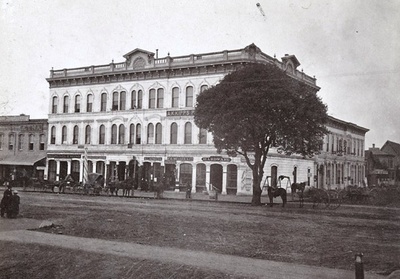 The Wilcox Block & Annex is located at 821-833 Broadway and 459-475 9th Street in Oakland, California. One tenant of the Wilcox Block was W. W. Elliott, publishers of Oakland and Surroundings. The buildings are still there, though some details have been changed. The Wilcox Annex on 9th Street is also known as the Gladstone Building.

The Wilcox Block was constructed by Captain P. S. Wilcox in 1868, The Wilcox was the first three-story brick building in Oakland, the highest structure in the City at that time. Completed at virtually the same time as the Oakland terminus of the Transcontinental Railway, The Wilcox typified the increased development which was blooming toward the north on Broadway in order to accommodate the needs of the railroad traveler.1

The brand-new building survived the 21 October 1868 earthquake intact owing to its strong construction, with abundant iron ties holding its walls together.3 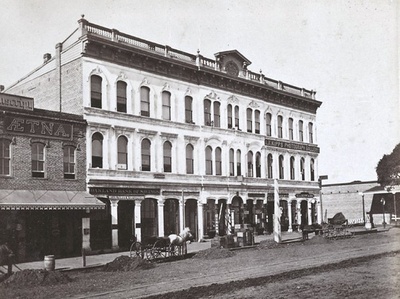 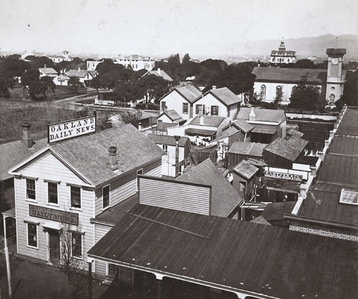 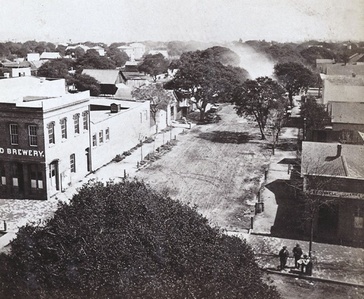 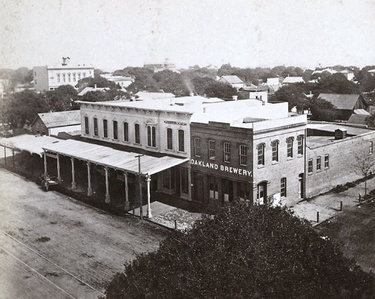 View of Oakland, from Wilcox Block, looking Southwest, with Goat Island in the distance (c.1860-70) 1 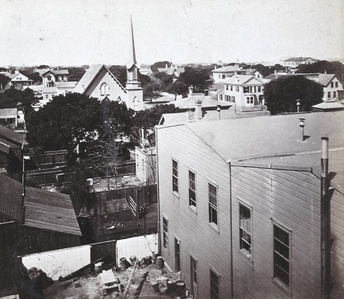