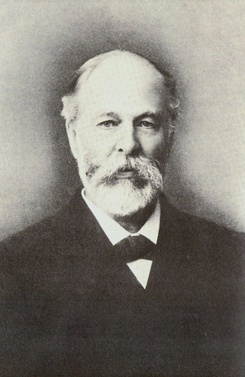 When Willem first arrived in San Francisco in 1853 he found work as a clerk, then became a bookkeeper in his brother James' import business.

Later Willem was the Director of the San Francisco Savings Union Bank, which was founded by his brother, James de Fremery. Willem went on to become the Vice President of the bank, as well as Vice Consul of the Netherlands, Director of the California Fruit Canner's Association (which is now Del Monte); Director of the Mill Valley and Mt. Tamalpais Scenic Railway, all while living in Oakland with his family.

Willem de Fremery built a gorgeous Victorian house on seven acres atop a hill close to downtown Oakland, at 77 Fairmount Avenue.  Willem and his wife Ellen Ober Campbell De Fremery (1843 - 1930) had seven daughters and two sons. Several of their daughters never married and so the house was lovingly known as the "Aunt Hill" due to the maiden Aunts who lived out their lives in the home. When the last of the unmarried daughters died in 1968, the youngest son, Donald de Fremery, had the home demolished because the family did not want the "beautiful old home changed into a rooming-house or somehow ruined." 1

In 1910 Alex De Fremery and Donald De Fremery' were both listed as students living at 77 Fairmont Avenue.

Willem Cornelius Bastian de Fremery, his wife Ellen Ober de Fremery, and many members of their family are all buried in Mountain View Cemetery. 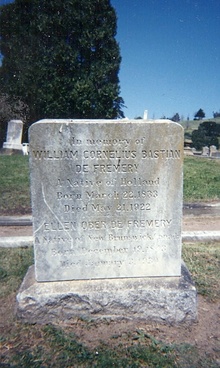 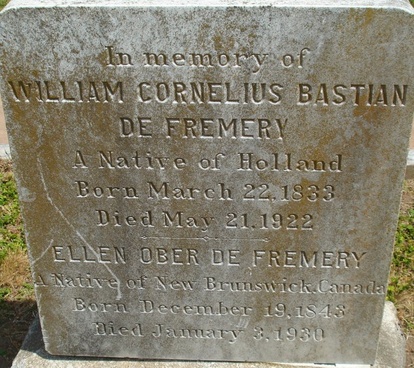