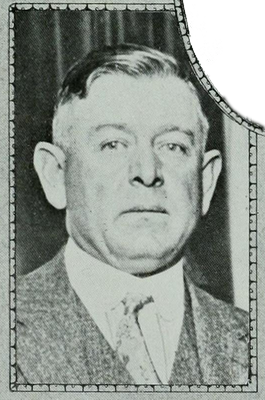 Baccus was a Republican. 7 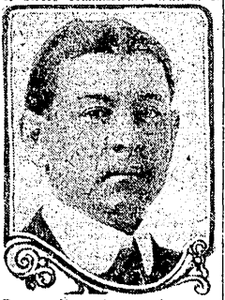 Baccus in his Chronicle profile5William Baccus was born in San Francisco and came to Oakland at age 10. He went to Lincoln School and Oakland High.2 Baccus was half of the contracting firm Carroll & Baccus. He was married to Miss Katie Muir (daughter of Barclay Muir, not John). They had three children.1 They lived at 721 Franklin St.4

Baccus's specialty was streets. When he became Commissioner of Streets, there were only 3.64 miles of paved streets. By 1913, there were 400 miles of improved or partially improved streets. By 1920, when the San Francisco Chronicle profiled him, there were 592 miles of streets. He was also into sewers and basically, all street-type stuff. As the Chronicle put it, his job "embrace[d] the city's sewer system, the disposition of garbage, all surveys and engineering work pertaining to the department and the operation of the Corporation Yard and Garage." Essentially, he was the Public Works Department. While he was in charge, the city bought its own "oil distributor" which saved money and sped up the process. He was also involved in the creation of the Inter-County tunnel. His work made Oakland a model for paved streets everywhere.3,5 What would he say about the state of the streets now??

Baccus was involved in 2 recalls. In 1912, Baccus, Mayor Mott and Fred Turner, the Commissioner of Public Health. The recall was defeated almost 2-1 and the large turnout of women was at least partly attributed as this was the first election that women could vote in. The Socialists called for the recall and had barely had time gathering enough signatures. They alleged that the three had violated free speech in an incident where they "invaded" a hall where the Socialists were holding a meeting, that they had violated the City Charter when they had consolidated positions and that they had privileged financial gains in the water issue.10 On the day of the recall vote, August 6, 1912, steam whistles and sirens were sounded throughout the city to encourage people to vote. Voters had to make an "X" to register opposition to recall then stamp next to the name of the person they wanted to vote for to remain in office. The slogan for the 3 men being recalled was "Vote 6 times."11 Even with this complicated procedure, they defeated the recall. That the Socialists lost was so exciting it even made the news in Miami, Florida.

In 1917 the Taxpayers' League also sought Baccus' recall. They alleged a number of incidents of financial mismanagement including awarding contracts to bidders who had not made the lowest bids.12

In 1914, while commissioner, Baccus was involved in the extension of Broadway from Keith to the edge of the (then) city limits. Property owners were against it because of the assessments and taxes that were involved as there was a gulch in the way.8

In 1920, Baccus proposed an ordinance that would ban the sale or manufacture of Ouija boards. Although there was no factory in Oakland (the closest was in Alameda), he had heard of people going nearly mad in El Cerrito and was concerned that the toys were dangerous.9

Baccus was in at least two fraternal organizations; as a member of the Native Sons of the Golden West and also the Loyal Order of Moose.

Commissioner of Streets (this was when Councilmembers were Commissioners)