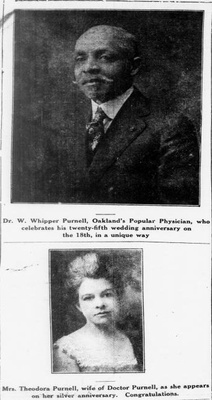 Purnell married Theodora Lee (Purnell) in 1895, the granddaughter of John Jones, a stationmaster on the Underground Railroad and one of the leading abolitionists in Chicago. They had one son, Lee Julian Purnell. Lee graduated from MIT in 1921 in only two years. He then joined the faculty at Howard University, where he became Dean of the Engineering department. 3