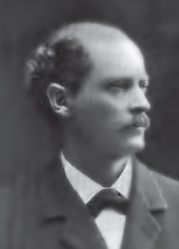 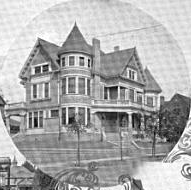 Davis home 2William Davis was born February 26, 1850 in Iowa and moved with his family to California in 1854 when he was four years old. The family settled in Santa Rosa in 1858 after arriving in Grizzly Flat in Amador County. He attended the Brayton School in Oakland and graduated from the University of California in 1874 (or 1875) and was the salutatorian of his class.

He briefly worked as at the Santa Rosa Times as a correspondent and then as an editor. His next position was as a teacher at Washington College in Irvington (now part of Fremont) in Alameda County.

Davis was also known for his writing. He published ”Nature and Human Nature in Oakland” in the Oakland Tribune: Illustrated Special Edition of January 1888, as well as other pieces for the Trib.8

Davis won the election in 1887 by the largest majority for the Republicans in 15 years. Some of his Mayoral ideas were "municipal improvement" like improving parks, the Lake Merritt boulevard, improving streets and sidewalks, dividing the city into three districts for prioritizing street updates, using salt water for sprinkling the streets, keeping merchants from encroaching on sidewalks, upgrading sewers, improving the water supply. He created a committee to work on a new charter. He proposed 19 things, all of which were accepted. 3 Davis declined the mayoral nomination in 1889 citing his health.

During his time in office, he also built the namesake Davis Block at 11th and Washington.

In 1896, Davis, by then ex-Mayor, petitioned the commissioners of the Oakland Police Department to allow J. F. Young to join the force, which would make him the Department's first African American policeman. 6 (anyone know if this happened?) first african american policeman maybe.pdf

There is also a Horace Carpentier connection because...of course there is. davis and carpentier.pdf Davis eventually won the waterfront case for Oakland—he was the expert on the matter. (lots to be done here by someone who understands the decades of waterfront mess)

William Rude Davis died March 17, 1915 of heart trouble, and is buried at Mountain View Cemetery, along with Otteline, William Ralph, and George and his wife Florence. 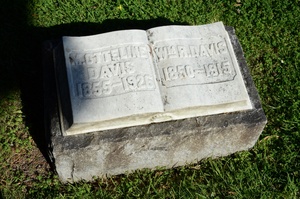 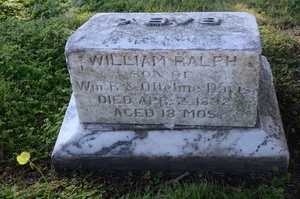 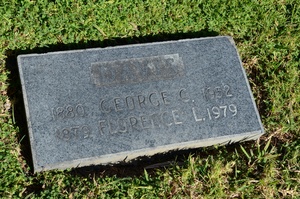